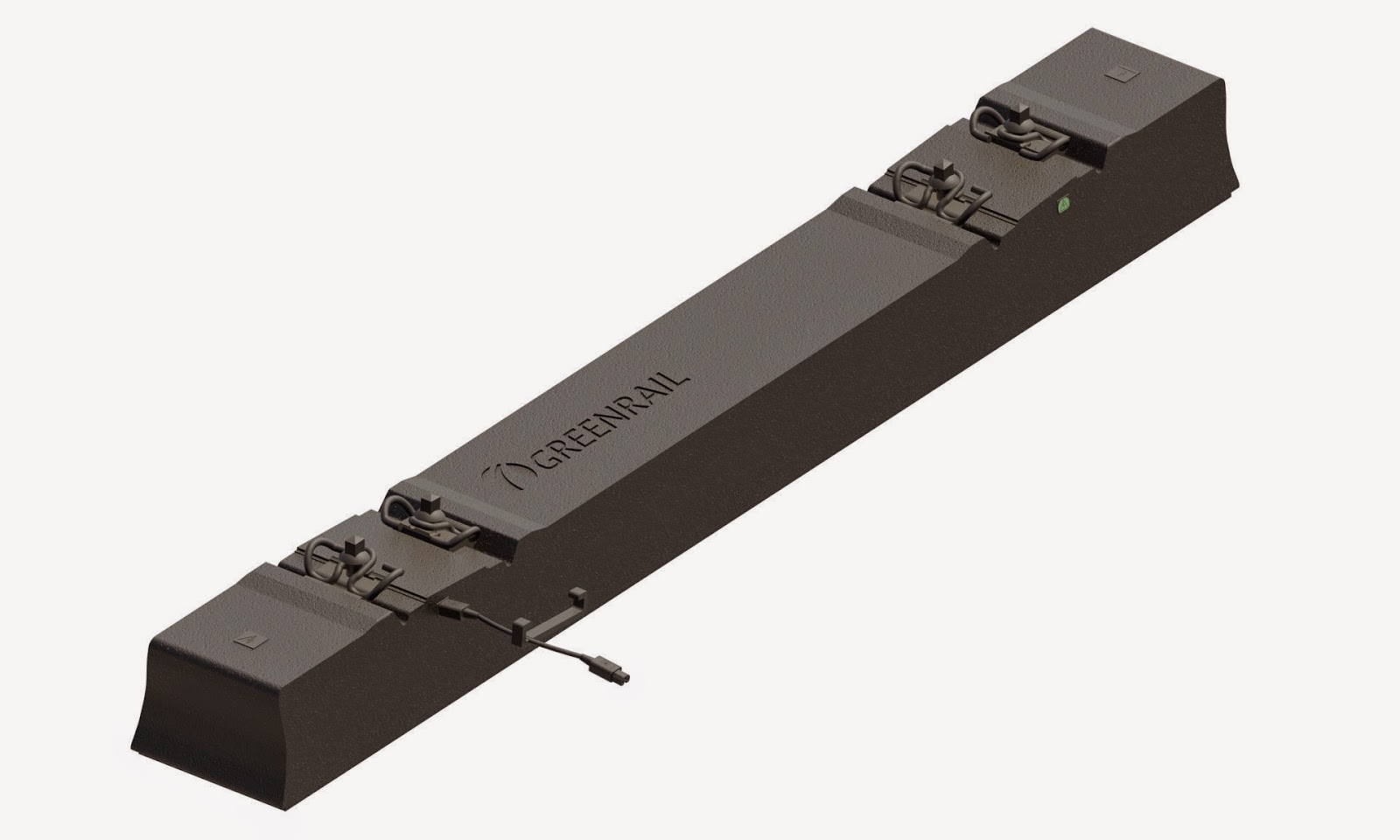 Green Rail is an energy producing Palermo start up created in 2012 which halves maintenance costs and protects the environment. Green Rail has developed plastic covered rail sleepers using recycled
cement and old car tyres. 50 tons of tyres make 1,670 sleepers sufficient for 1 kilometer of line. Giovanni De Lisi Green Rail co-founder and CEO explained that the patent has been registered in the US, Europe and all the countries in Asia and has received prestigious recognition including the Cerisdi award. Mr. De Lisi explained that “initially sleepers were wooden and then made of cement but cement sleepers create many problems and have high maintenance costs”. At the beginning of 2000 the USA, China and India started making recycled plastic sleepers. “The 2000 plastic sleeper is only suitable for substituting wood. We created a sleeper competitive with cement to take greater train weight and speed”. Every year Italy uses 2 million cement sleepers and between 100,000 and 300,000 wooden sleepers.

When lines are renewed it is better to standardize as high speed lines and eliminate wood. Ours is the only sleeper in the world which can substitute cement and be laid with the same system which means four hours to lift and lay 1,5 km of line. Maintenance costs are cut by 50% and vibration and noise is reduced as well as eliminating many other line problems. “We have patented four products suitable for all types of line starting with the standard product suitable for speeds up to 191 km per hour to products for speeds up to 250 km per hour and over 250 km. Our plastic and rubber external cover enables the sleepers to be part of the electrical system. We have patented our system Piezoelettrico which is installed under the rail and integrated internally with the sleeper fitted in the normal way and cabled”. The sleepers are interconnected in a circuit with a minimum length of 1 km. The pressure of the weight of the train and its vibration produces an electric charge. One km of metro line for example in London, where we are negotiating an agreement, will produce one million kilowatts (consumption of 1,000 homes)

In addition to the London underground we are closing an agreement in Khazakistan to cover 2,400 km of line.
Even those not interested in Green Rail or Piezo can resolve the problem of old tyres. 50 tons of tyres and 50 tons of plastic and 10/15 trains an hour produces 120 kw/h. Our motto is “The future is now don’t miss the train”.