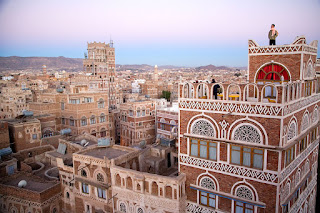 Yemen
Pro-Government forces are gaining momentum as they take Al Anad Air Base, north of Aden. This
eases their logistics support and consolidates their position in Southern Yemen.
Ben Stewart, General Manager (Singapore) at leading maritime security company MAST, said: “The
US-Iran deal may have involved Yemen as bargaining chip, in order that Iran reduces or stops support to the Houthis. As the Houthi position weakens a peace plan is becoming more likely.”
Aden

The port remains quiet with few ship movements. Vessels alongside are either warships from the Saudi coalition or ships delivering military or humanitarian cargos. The roads around the port seem to be returning to normal as traffic increases. The local news is reporting that the Yemeni Army and Popular Resistance Forces have re-captured the Lahj province, which includes the Al Anad air base.
Libya

A new Chairman of the Tobruk branch of the National Oil Company (NOC) has been appointed. He has stated that he plans to lift the force majeure on Ras Lanuf and As Sidra oil terminals and increase oil production.

The oil terminals are under the control of the Tobruk Government, who secured a banking deal with the International Monetary Fund last week. As a result of this, they have a method for receiving the revenue therefore it is possible that these terminals will open shortly. Currently NOC (Tobruk) is reviewing the security situation in the region.

Meanwhile, Islamic militants, possibly affiliated to ISIS, have been causing problems in the As Sidra area. There has been fighting in Benghazi and Arabiya close to the Marsa Brega oil terminal. This is sited on the opposite side of the Gulf of As Sidra to the Ras Lanuf and As Sidra oil terminals.
a 05:30