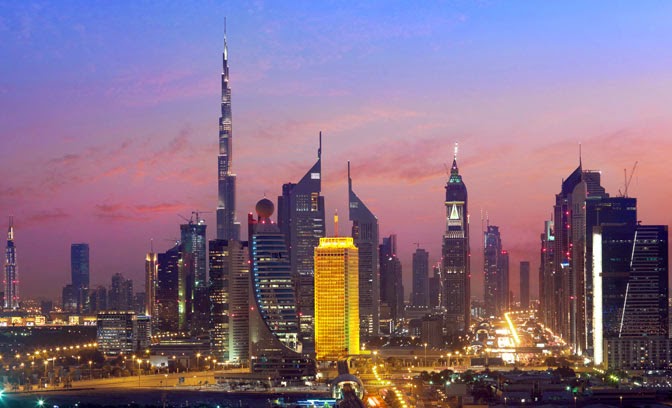 Gulf region’s ambitious expansion strategy will aim to capitalise on 4.5% forecasted 2014 growth in global trade and the economies of scale presented by bigger ships and alliances says experts at
Seatrade conference. The Middle East is investing heavily in its port infrastructure and shipping as it prepares to meet the dual challenge of changing global trade patterns and the continued increase in the size of cargo ships, according to international and regional maritime professionals gathered for the seventh biennial edition of Seatrade Middle East Maritime (SMEM), which opened at the Dubai World Trade Centre Tuesday 28 October.

“Global trade this year will more than double the 2.2% recorded in 2013 but higher operating costs, is leading to an increase in the number of larger vessels, putting pressure on port infrastructure and logistics,” said Chris Hayman, Chairman of Seatrade, organisers of Seatrade Middle East Maritime 2014.

During his keynote address at the event, H.E. Jamal Majid Bin Thaniah, vice chairman, DP World, explained the necessity for investment in port infrastructure to accommodate ever larger vessels, “we have invested a further $850m to build the new semi-automated terminal 3 facility at our flagship Jebel Ali.”

“We have built terminal 3 in response to both the increased size of our customers’ vessels and in response to changing trade patterns,” added bin Thaniah, identifying Africa and South America as areas in particular that call for greater infrastructure investment to facilitate their growth.
a 05:30