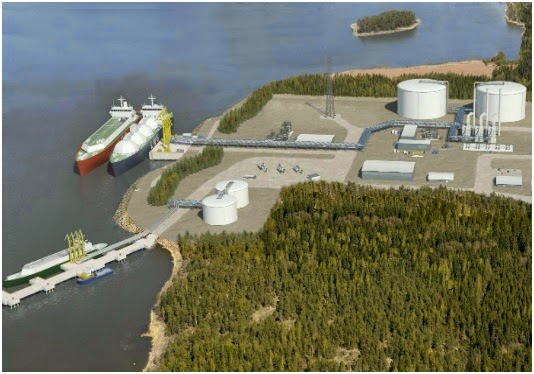 These new terminals will help facilitate a move to significantly reduce the industrial use of fuel oil and liquid petroleum gas (LPG) in Finland, the Ministry stated in a release. ”The decrees to go ahead
with these three operations will see more than EUR 200 million being invested into LNG terminals. This will then instigate the development of a network of terminals along the Finnish coastline,” said Minister of Economic Affairs Jan Vapaavuori after signing the decrees.


”LNG offers an environmentally-friendly and carbon-free alternative fuel source for the shipping industry. It also enables us to create alternative procurement streams for industries that use gas. According to estimates, the market potential for the use of LNG by the shipping and other industries is particularly significant in the Satakunta region. Furthermore, a terminal in the Bay of Bothnia would make possible the use of LNG in all the harbours located in the Northern part of the Bay of Bothnia.”

The combined employment effect of the three projects’ construction phases is estimated to be approximately 500 person years. Upon completion, the terminals and their associated logistics chains are hoped to lead to around 40 permanent jobs.

The combined maximum operating capacity of the three terminals will be 450,000 tonnes, which equates to more than 6 terrawatt-hours a year. The three new terminals will also reduce annual CO2 emissions by approximately 370,000 tonnes and carbon emissions by 1,870 tonnes. In addition to the three projects currently under way, the Ministry of Employment and the Economy is also handling applications for investment support from Haminan Energia Oy, LNG Finland Oy, and Containerships Ltd Oy.

A comprehensive decree on these three applications is intended to be issued in 2014. The large-scale regional LNG terminal planned for construction in Inkoo, Southern Finland, does not fall under the remit of the national aid programme. It is hoped that funding for this project can be secured from the European Commission’s list of Projects of Common Interest (PCI).
a 05:30