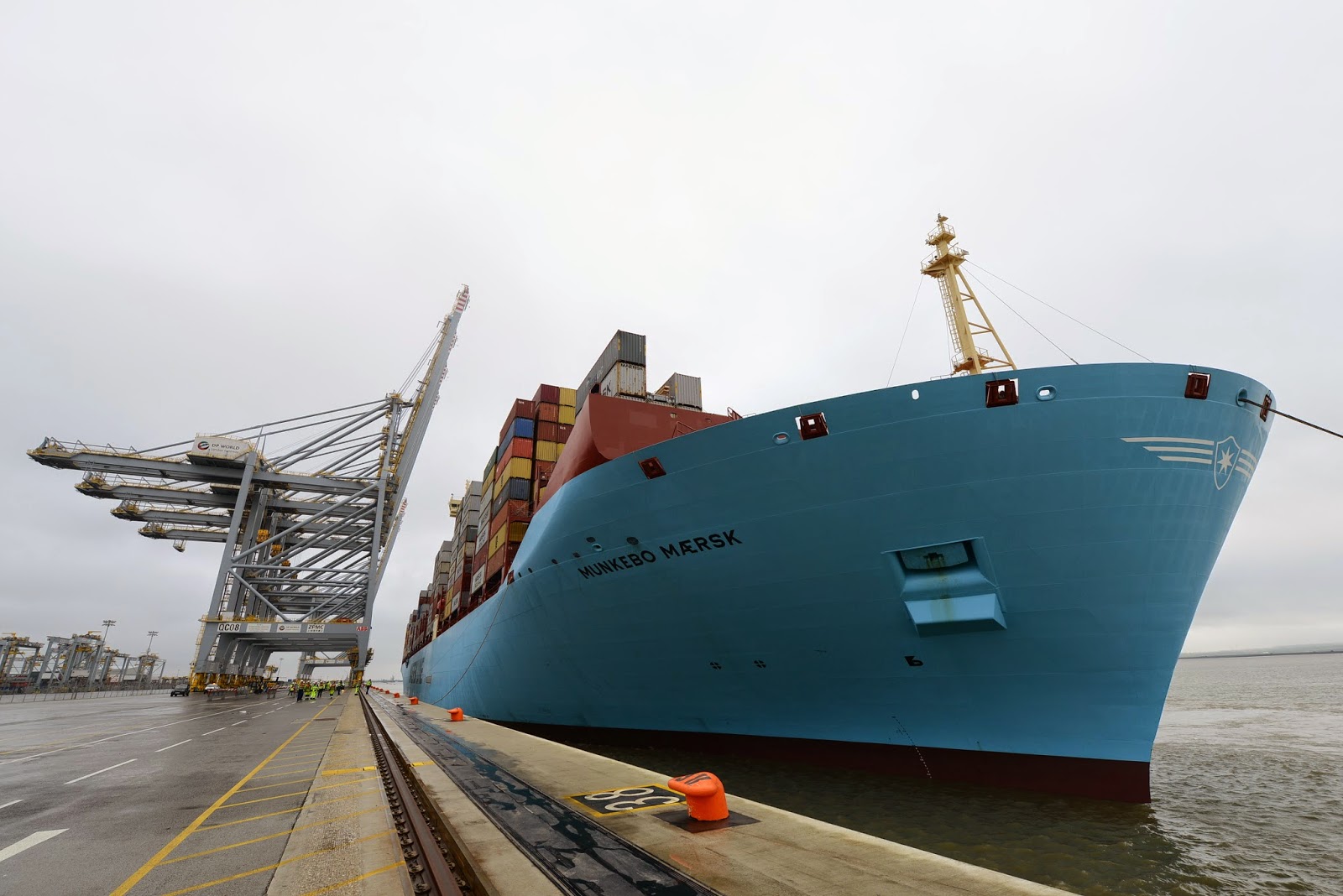 The Munkebo Maersk became the largest ship to ever sail up the River Thames as it called at DP World London Gateway, the UK’s newest deep-sea port hub today. The 399 metre long, 60 metre
wide, 195,000 ton Triple-E class vessel – equivalent in length to almost four football pitches – and capable of carrying more than 18,300 TEUs (Twenty-foot Equivalent Units) is one of the largest container vessels in the world, operating on Maersk’s new East-West Network. It was drawn alongside DP World London Gateway Port, adjacent to Europe’s largest logistics park, at 7.30am on Thursday 26th February, with the help of the Port of London Authority’s pilots. It comes just weeks after the Edith Maersk called at DP World London Gateway, which at 366 metres, had held the previous record for the largest ship to sail up the River Thames.

With quay cranes among the tallest in the world, coupled with cutting-edge, automated technology, DP World London Gateway enables vessels of this size and bigger to berth closer to two thirds of the UK market, removing unnecessary supply chain costs.

The Munkebo Maersk’s call also comes just two weeks after DP World announced that it is moving forward with plans for a new 400 metre third berth at London Gateway, scheduled to be operational in the second half of 2016. Chief Executive of DP World London Gateway, Simon Moore, said: “This is yet another record and landmark moment for DP World London Gateway. “By welcoming the Munkebo Maersk we have demonstrated again that we are more than capable of handling the world’s biggest container ships, in this case operating on the Asia-Europe routes.

“But ships are only going to get bigger and DP World London Gateway has been built to future proof its operational capacity, delivering efficiency that simply can’t be achieved elsewhere. “Our weather resilient quay cranes, which are the biggest in the world and able to operate in winds that bring other UK ports to a standstill, can reach across 25 rows of containers and have a superior lift height - both wider and higher than any ship currently in service.”
a 05:30