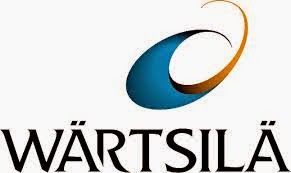 Wärtsilä’s Annual General Meeting approved the financial statements and discharged the members of the Board of Directors and the company’s President & CEO from liability for the financial year 2014. The Meeting approved the Board of Directors’ proposal to pay a dividend of EUR 1.15 per share. The
dividend will be paid to shareholders who are recorded in the company’s shareholder register maintained by Euroclear Finland Ltd. The record date is 9 March 2015. The dividend will be paid on 16 March 2015.

The fees to the members of the Board of Directors were approved as follows:
- to the ordinary members EUR 66,000/year
- to the deputy chairman EUR 99,000/year
- to the chairman EUR 132,000/year
In addition, each member will be paid EUR 600/meeting of the Board attended, the chairman’s meeting fee being double this amount. Each member of the Nomination Committee and the Remuneration Committee will be paid EUR 700/committee meeting attended and each member of the Audit Committee will be paid EUR 1,200/committee meeting attended, the chairmen’s meeting fees being double these amounts. Roughly 40% of the annual fee is paid in Wärtsilä shares.

Board of Directors and Auditor
The Annual General Meeting decided that the Board of Directors shall have eight members. The following were elected to the Board: Maarit Aarni-Sirviö, Kaj-Gustaf Bergh, Sune Carlsson, Tom Johnstone, Mikael Lilius, Risto Murto, Gunilla Nordström and Markus Rauramo.
It was decided to pay the auditors’ fees as invoiced. The firm of public auditors KPMG Oy Ab was appointed as the company’s auditors for the year 2015.