Crisis in the Mediterranean 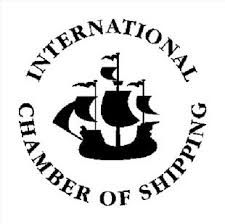 The humanitarian crisis in the Mediterranean Sea is spiralling out of control. EU Member States must act urgently to prevent the loss of thousands more lives, as hundreds of thousands of migrants and refugees seek to escape to Europe in boats that are unfit for purpose and which are largely operated by people smugglers. This is the key message which the International Chamber of Shipping (ICS), the principal global trade association for ship operators, delivered to a high-level United Nations inter-agency meeting on the crisis, hosted
by the International Maritime Organization (IMO) in London on 4 March.
Merchant ships rescued around 40,000 people during 2014, according to the United Nations High Commissioner for Refugees (UNHCR). But this number is predicted to increase dramatically during 2015 if the political situation in Africa and the Middle East further deteriorates.

ICS says that the burden of responsibility placed on ships and their crews to rescue migrants in distress has been further increased by the replacement of Italy’s humanitarian ‘Mare Nostrum’ operation with the EU funded ‘Triton’ operation, whose primary mandate is border protection and which operates with very limited resources.

“The response to the crisis by the Italian Navy and Coast Guard continues to be incredibly impressive,” said ICS Secretary General, Peter Hinchliffe. “But the situation is now so serious that all EU Member States need to become more engaged. The shipping industry’s concern is that, following the end of Mare Nostrum, other governments are increasingly relying on merchant ships to undertake more and more large-scale rescues.”

ICS says it is also concerned by the more recent phenomenon of ships full of migrants being left to navigate in congested waters without qualified persons in charge, presenting a danger to seafarers in other ships as well as the migrants themselves.

Coastal States have Search and Rescue (SAR) obligations under international law but as the situation gets worse, ICS believes that unless concerted action is taken to prevent criminals from using unsafe craft to transport migrants there must be a massive increase in State funded resources for SAR operations to meet the growing need in the Mediterranean. In practice, says ICS, this means that other EU Member States need to share the burden in order to help prevent thousands more deaths.