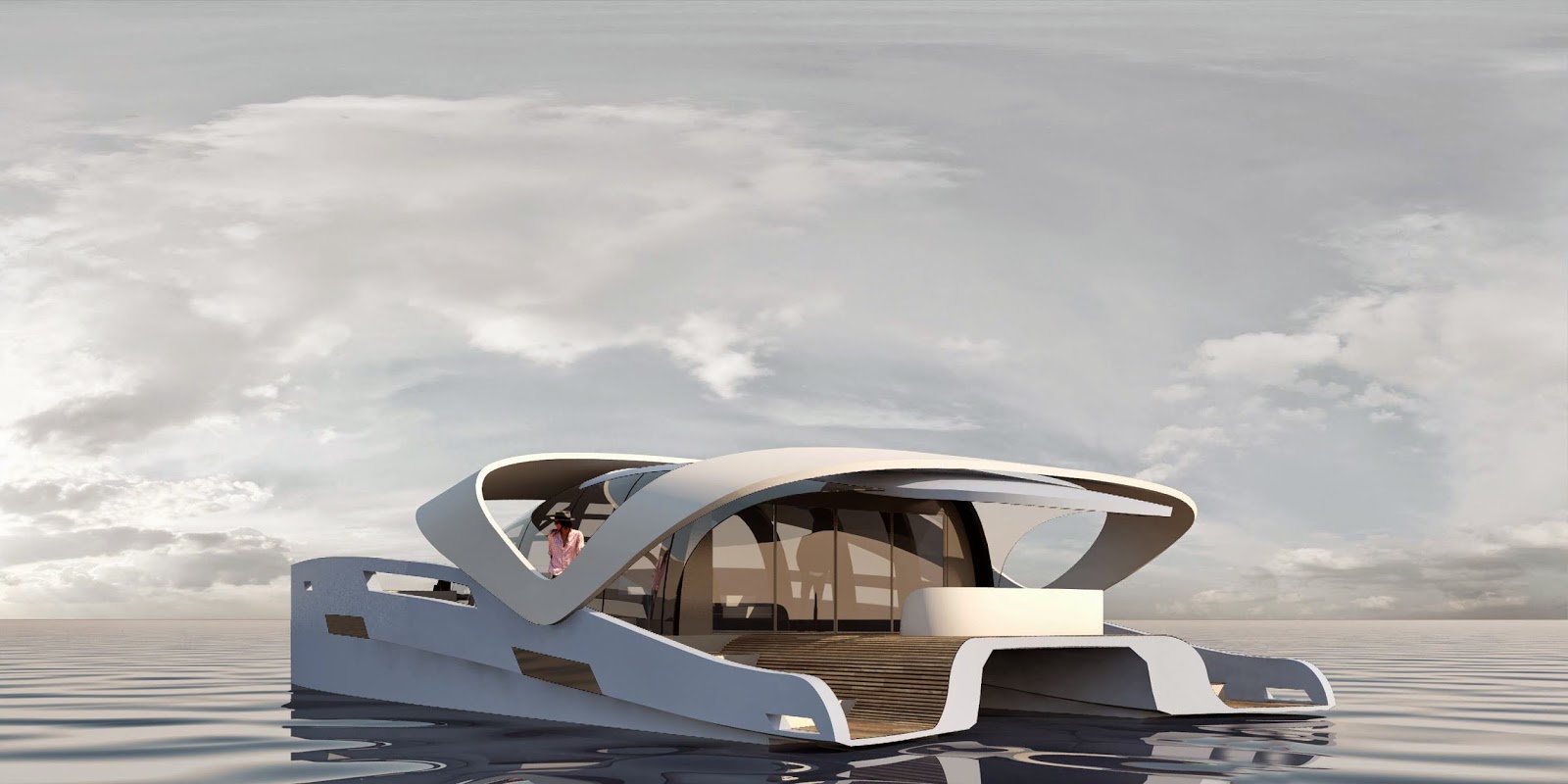 Oxygène Yachts during the course of 2014 has expanded by adding to its Air 77 three new models - Air 66, Air 77W and Air 99-the no limit yacht – to form a well-balanced range of 66 to 99 foot boats. Three new
worthy representatives of the Oxygène spirit will be presented at this year’s Cannes Yachting Festival. In September 2013, Oxygène Yachts presented its Air 77 prototype at Cannes: a power catamaran with an exceptional design challenging old habits in the industry and establishing a new idea of space and fluidity of movement. In addition to its highly characteristic design, the Air 77 also attracted attention for its huge 33 sq ft door cut into the front of the roof: a move away from the traditional way of separating indoor and outdoor space.

The result offers an entirely unobstructed space and view on the main deck. Since then, Oxygène Yachts has signed a partnership agreement with Couach Shipyard for the construction of the definitive version. This model will be presented to the press and public for trials during Spring 2015.

The lightness of the models in the Air range, made with strip planking (wood/epoxy and glass/carbon composite), their shallow draught and Ultrajet/Masterjet turbine engines give them a major technical advantage: they are incredibly easy to handle. They get as close as possible to the coastline, and weave easily in and out of small bays and creeks, even the most imposing models of the line!

The choice of engines goes towards defining the brand’s spirit, with a intentionally restricted top speed for each model and very reasonable fuel consumption. To fit out the glass roofs present on each model in the AIR range, Oxygène Yachts looked at integrating variable transparency glass, a revolution in the nautical sector that finally makes it possible for widespread use of bay windows with no fear of adverse effects from the sun.
a 05:00