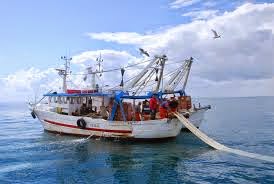 The report is showing progress in economic performance. The EU fishing fleet was generally profitable in 2012, generating €6.9 billion in revenue. Roughly half of the total revenue was
transformed into salaries and profits for the fishing communities. Most national fleets show a positive trend over the period 2002-2012. However, despite signs of a recovery, the impact of the fuel crisis that peaked in 2003 and 2008 demonstrates the vulnerability of the EU fleet to external shocks. Another finding concerns significant progress in fuel efficiency. Fuel consumption and fuel use intensity decreased by 10% from 2008 to 2012.

This improvement is the result of EU-backed fuel-efficient fishing gear, fleet reduction, changes in fishing behaviour and fleet dynamics. Employment on board EU fishing vessels was 151 383 in 2012, declining on average 2% per year from 2008 to 2012. In contrast, the average salary per employee increased over the same period. About the report The Annual Economic Report (AER) of EU fleets is the most comprehensive source of economic analysis and data about the EU fishing fleet.

It focuses on drivers and trends, and includes specific sections on the EU long distant water fleets, small-scale coastal fleets and main fishing regions. Since 2007, the AER has provided a comprehensive overview of the latest information available on the structure and economic performance of fishing fleets in EU countries. The AER is increasingly used by fisheries managers as well as international organisations such the OECD and FAO.

This exercise is coordinated by the European Commission and produced by the Scientific, Technical and Economic Committee for Fisheries (STECF) and the Joint Research Centre. The relevant data are collected by EU countries under the Data Collection Framework.
a 05:30